I have been researching the United States Colored Troops for the past ten years.

My publications on the subject include the following: 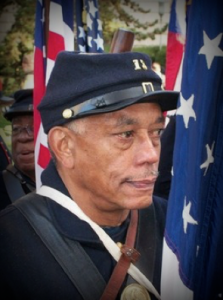 Each publication lists the soldier’s name, birthplace, age, regiment, ran, company, place of capture or place where he was a casualty, other pertinent information as available, and source of my findings.

Books except the USCT at Andersonville Prison are spiral bound. Prices do not include postage and handling.

I am also available to speak on the United States Colored Troops. Programs are available all year long and not just for Black History Month in February. Please use my online contact form for booking or more information.

Listen to the Podcast
Podcast Schedule